Judge Coney Barrett is no Handmaid!

The sad nomination of Coney Barrett

A few weeks ago, I wrote a post about Amy Coney Barrett’s nomination to the US Supreme Court:

In it, I tried to be as sarcastic as I could, while also expressing my sadness for that news.

Judge Coney Barrett will be member of SCOTUS, there is no doubt about it.

During her senate audition, she did a cunning job, even though Democrats do not want to admit it.

She succeeded in dodging almost every attacks.

One of her answers, however, condemned her with every single nerd, when she said that science is controversial:

Another answer of hers is equally disqualifying with the LGBTQ community:

However, I would not accuse her of strictly meaning what these answers imply… It is worse: her words mean that she assimilated it.

Now, I just finished to read the most violent (and best targeted) attack against the distinguished nominee (#Brilliant).

It was in Slate, and the piece is the following:

Stop Comparing Amy Coney Barrett to a Handmaid. She Would Be a Wife

In this article, the attack was disguised as an etymological correction. The use of the expression “Handmaid” (from Margaret Atwood’s novel) was incorrectly used, indeed…!

The columnist was a woman (obviously). To me, it could have stopped right after the title. Everything was in it (#SoTrue).

Still, the piece brought some disturbing infos on what women, gays and scientists can await from this judge.

Ironically, she is physically similar to Yvonne Strahovski, which is unfair to the Australian actress, who doesn’t deserve such a slap. She is only playing a role in an excellent TV serie.

This is only a fiction, right? 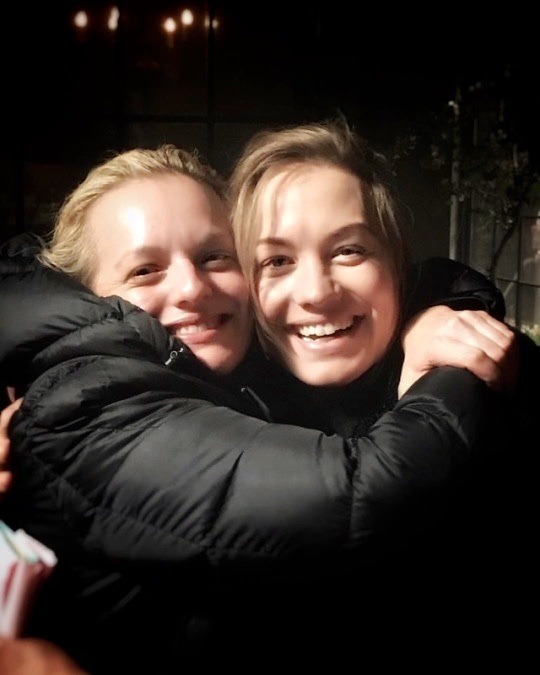 By the way, in the real life she is a young mom, which should please the judge.

Judge Coney Barrett is clearly convinced of being a symbol of righteousness. And, somehow, she is: on the right, extreme right.

See, looking cunning and convinced is not enough: not having doubts or flaws is the mark of evil.