Grado de dificultad: 3 (For the idiom).

From “possible” to “done” in ten days

In an anterior article, we echoed to the news of a possible acquisition of Twitter by Elon Musk (himself):

That was so long ago (10 days are a lot)! Now it’s done, and no one is really surprised:

The official project of the mogul is to champion free speech:

It is nicely said; the reality, however, appears to be bleaker. The man has 84 million groupies’ followers that he is known to use as a weapon.

I was recently watching a YouTube video talking of the subject with an unconvinced tone:

Anyone has the right not to like the tone of this channel and of this video. If so, then simply avoid them. I (like every other TMN member) totally respect that.

On the other end are the comments that appeared under this video on its original YouTube page. And this is a completely different matter.

Because the many hateful comments, there, were from Musk’s followers. It gave me the idea to put a short comment expressing my real impression on it:

The first answer I received was to be called a Groomer (lovely!). Then that “the best you have is an insult weaker than George Floyds neck” (direct quote!).

Mastodon, a not so difficult choice

The incident is, of course, laughable (and sad). It is, however, revealing about the behavior of Elon Musk’s cultists, the very ones that we will face on Twitter.

It was the info we needed to finally decide to leave Twitter.

There is already a while that the idea was floating around. The question was “Where to land?”

Choosing was not too difficult. A name was frequently mentioned in the last few years: Mastodon.

Today, TMN created its account: @tnerdos@nobigtech.es. “NoBigTech.es” is one of the many Mastodon communities (we will be telling you more about this world … Or you could read the ayuda inicial de Mastodon).

Please come and discover the replacement of this interesting alternative to Twitter (we won’t force you).

The ayuda inicial de Mastodon says that it is possible to link Mastodon and Twitter accounts. We may try this to help your transition (don’t get used to it, though). See you soon. 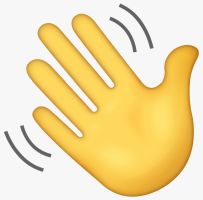