The qualifier “dystopian” is supposed to be only imaginative and limited to Science Fiction. Is it?

Fahrenheit 451 and other dystopian tales

Fahrenheit 451, Ray Bradbury’s masterpiece, was published in 1953. It was inspired by the still recent World War II, and described a dystopian world where reading was forbidden.

I already gave my opinion about Science Fiction in a TMN article in Spanish:

AKA Far from dreaming about the future, that literature (almost) always describes the present (in a disguised way).

In the case of Bradbury, however, little could he imagine he was describing his own country seven decades later.

Or maybe he did, unconsciously (artists use to be perceptive …)

An ugly recent trend wants to censor specific books, as shown by the following example:

This is one case. You could find several others example across USA’s caves (ultra?) conservative counties.

Among the censured books, you can find:

All these brilliant artworks tell a common story, that of a disturbingly plausible dystopian universe.

Toward something more independent

My initial reaction was, of course, anger. Then I realized that it was probably the goal of current ultraconservative movement.

Beyond the first reaction of anger, I felt sad and horrified.

Censoring a book is per se a disturbing matter. Censuring it by the decision of obscure pharisees in a school board is as dystopian as described by this book.

Well … Let us recognize one fact: censorship is always performed by obscure committees … With poor justifications.

So far, such decisions only affected seldom local communities. But it looks like a concerted action is taking force.

Luckily, in the Internet era, killing an idea is more difficult than it seems:

Are you mad about banned books? Take action by buying them

With pleasure, non-American publishers would give access to censored American literature.

Then, the notion of library evolved toward a more virtual form (#Ebook), and Journalism toward something more independent (#Blogs).

That is what horrified me: TMN, among so many other blogs, is all about reading, with an open mind.

The idea that, tomorrow, we could be the only way to read independent opinions is not so bad. But if this happens, it also means that we would be hiding from some dystopian militia. 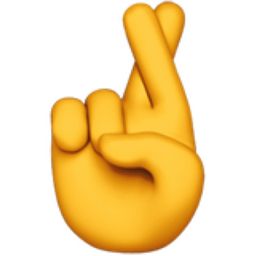